I created this a while ago for a digital arts festival in Dundee. The image was part of an open competition to design a logo. I never won the competition, but here is the image. 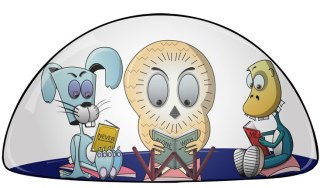 As mentioned earlier I was due to have an animation screened at the Neon Digital Arts Festival in Dundee back in November. This screening did not happen, but I’ve uploaded the video here for people to view it. It is not a great piece of work and was just to test as I’ve been learning to use After Effects as an animation tool. This is a precursor to a longer (and hopefully better) animation I plan to start early 2012.

Unfortunately I’ve had a few disappointments over the past few weeks.
One major disappointment was that the animation that was due to be screened at the Neon Digital Arts Festival was cut from the programme at the last minute. I got an email the day before the screening to say that there was not enough time to screen it.
I was disappointed but can understand why they would want to screen an experimental piece. I personally think this animation would work better in a gallery rather than the big screen. Never the less it was still annoying considering they accepted the animation on the first hand.

The second disappointment was the fact that the Comic Book anthology Murky Depths has stopped publishing their anthology. I had a script accepted to this publication and it was waiting for an artist to complete it before publication. Murky Depths is a well respected anthology and having m work published in there would have been a major coup. I also enjoy reading it. So another missed opportunity, considering Wasted Magazine went into liquidation earlier this year and they were due to publish another 2 of my comics.

At the moment I have a script waiting for an artist at another publisher. They have had the script for about a year, so I’m keeping my fingers crossed.
These set backs happen and I’m getting use to it now. The work that was due to be printed in Wasted Magazine, has found its way as a webcomic at Somnambulations. I also plan to release my Murky Depths comics as webcomic, but more on this later – this is one of my new projects that I will blog about later.

I am screening a short experimental animation as part of the Emerging Artists screening at the Neon Digital Arts Festival in Dundee. The screening is at 2pm on Saturday 12th November 2011 at the Dundee Backpackers – 71 High Street Dundee.
More info on the event here. Tickets are free but need to be booked in advance from here.

The animation is a very short experimental piece and it is called Walking and Running. I’ve been learning to use After Effects and the animation is the results of what I’ve been doing. I’ll post up the animation to my youtube channel after the screening. I’ll also post a link to this on my blog.