Skip to content
In late 2013 or even early 2014 I plan to put out my webcomic. This is still untitled but I have completed 35 pages so far.
The comic is a series of poems told in the form of a comic. Making use of images and words to create poetry that focuses on visuals as opposed to just telling a story.
This is the Seventh Preview Panel from the series – a poem/comic called Approrpraiton-Part2. This webcomic poem makes uses of appropriated visuals to convey the themes of the text. 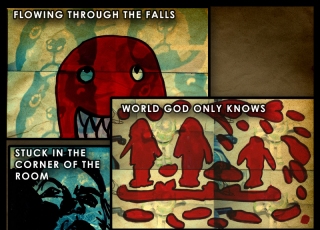